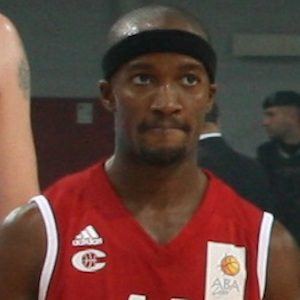 Point guard who has gained renown for his prolific international playing career in the Netherlands, Italy, and Turkey. In 2008, while playing point guard for the Italian team Air Avellino, he led the Serie A league in assists.

He played Division 1 collegiate basketball for St. Bonaventure University. He earned All-Atlantic 10 honors during his senior season in 2003-2004.

He first signed with the French club Chorale Roanne in 2004, where he averaged 17.0 points per game. He later became a naturalized Macedonian citizen.

He was born and raised in Norristown, Pennsylvania.

He and James White were teammates during the 2011-2012 Italian Serie A season with Scavolini Spar Pesaro.

Marques Green Is A Member Of