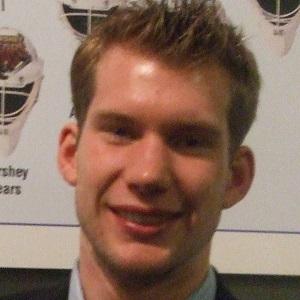 Goaltender who first became a part of the Toronto Maple Leafs' rotation in 2009.

He played with Team Canada at the IIHF World U18 Championships in 2006.

He competed in his first major senior-level international game at the 2011 IIHF World Championship.

He met his future wife, April, while still a teen.

He's played with Luke Schenn on Canada's national team and on the Toronto Maple Leafs.

James Reimer Is A Member Of