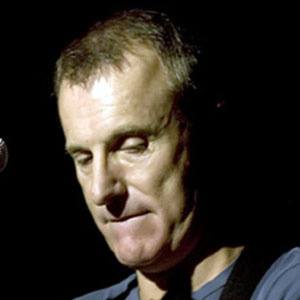 Singer, songwriter, and guitarist who fronted the rock band Australian Crawl before starting a solo career.

He formed his first band, Spiff Rouch, while studying drama at the Victorian College of Arts.

He helped Australian Crawl release two consecutive four-times Platinum-certified albums with The Boys Light Up in 1980 and Sirocco in 1981.

He fathered a daughter, actress Jamie-Robbie Reyne, and grew up with two siblings, David and Elisabeth.

He released an album of Elvis Presley cover songs called TCB in 2010.

James Reyne Is A Member Of