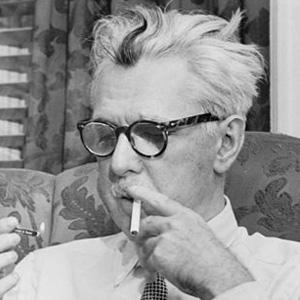 Cartoonist and author of The Secret Life of Walter Mitty. He won a special Tony Award for the adapted script of Carnival.

He worked as a code clerk during WWI at the Department of State, and the Embassy of the United States, Paris, France.

He could not graduate from Ohio State in 1918 because his eyesight kept him from taking a mandatory ROTC test, but he was later awarded the degree in 1955.

Had a daughter with his first wife Althea, and he married Helen Wismer in 1935.

James Thurber Is A Member Of