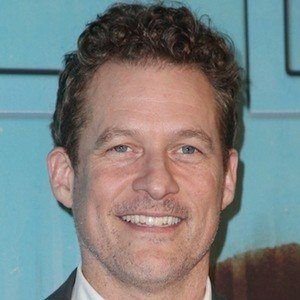 Actor best recognized for his roles in Men in Trees and in the short-lived NBC series Mercy.

He made his acting debut in the 2001 film Corky Romano.

He briefly lived on a coffee farm in East Africa.

He began a long-term relationship with actress in 2007.

He played a recurring role on ABC's Revenge, a series starring Emily Vancamp.