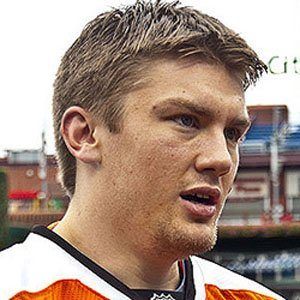 He was named to the IIHF U18 Championships All-Star Team in 2007.

He represented the USA at the 2014 Winter Olympics in Sochi, Russia.

He has two younger brothers who are also hockey players. He is of Dutch descent.

He played alongside Claude Giroux on the Flyers.

James van Riemsdyk Is A Member Of