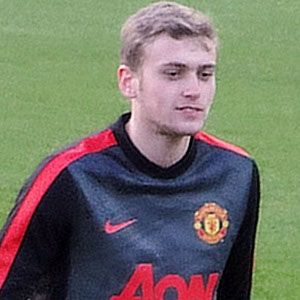 English striker who began his senior career as a striker with Manchester United in 2014. He began representing England internationally at the under-16 level in 2011.

He was born in Biddulph, Staffordshire and was scouted by Manchester United as a seven-year-old.

He scored five goals against Newcastle United in September 2012.

He has played under manager Louis Van Gaal at Manchester United.

James Wilson Is A Member Of