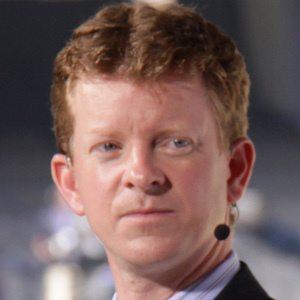 Canadian sportscaster who has worked for Sportsnet. He has hosted the telecasts of the Toronto Blue Jays MLB games.

When he was 20 years old, he got a job as a librarian and runner for the Hockey Night in Canada archives.

His father worked as the public address announcer for the Oakville Blades junior league hockey team.

Jamie Campbell Is A Member Of