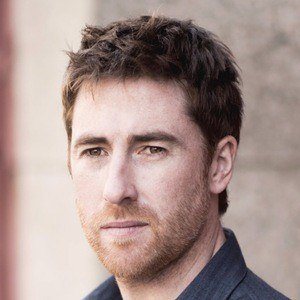 Singer-songwriter known as the first artist to be signed to Ed Sheeran's label Gingerbread Man Records. He is best known for his 2011 single "Wasn't Expecting That," which reached number 3 on the Irish charts and later number 6 on its UK rerelease.

He first began his career posting demos to mp3.com and by 2003 released his debut album Late Night Stars.

He supported Ed Sheeran in the Australian and New Zealand legs of his Spring 2015 X Tour.

He is native to Plymouth, England.

He supported Harry Styles, Liam Payne, Niall Horan, and Louis Tomlinson for three shows on their On The Road Again Tour in 2015.

Jamie Lawson Is A Member Of