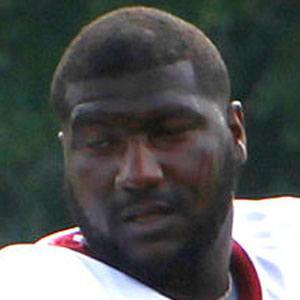 Offensive tackle who made his NFL debut in 2005 for the New Orleans Saints, and helped the team win Super Bowl XLIV in 2010.

He was an All-American at the University of Oklahoma, before being chosen 13th overall in the 2005 NFL draft.

In college he was a blocker for star running back Adrian Peterson.

Jammal Brown Is A Member Of