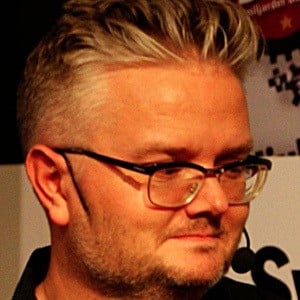 Swedish journalist who is best recognized for his coverage of pop culture for the magazine Pop. He is also known for his written work in the press outlets Dagens Industri, Dagens Nyheter, and for his television appearance on the TV4 program Nyhetsmorgon.

He started his career working for Jorvar's Gosskor in 1979. He went on to publish his first book of journalistic works in 1994. He gained further attention when he started working in the editorial office for the show Late Night with Luuk.

He has won several awards for his journalism work including the Publicist Club's Big Prize in 2013, the Gerard Bonnier Scholarship for Cultural Journalism in 2010, and the Readers' Choice Swedish Medal in 2013.

He was born and raised in Linkoping, Sweden.

He was a writer and journalist for the music website Feber where he worked alongside fellow journalist and writer Andres Lokko.

Jan Gradvall Is A Member Of