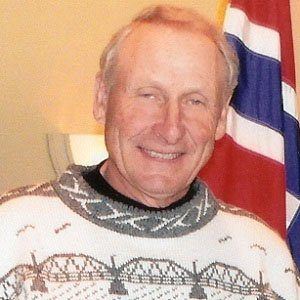 NFL placekicker who became the first pure placekicker to earn an induction into the Pro Football Hall of Fame. He was a seven-time All-Pro and won Super Bowl IV as a member of the Kansas City Chiefs.

He attended Montana State University on a ski jumping scholarship.

He was the longest-tenured player in the now-defunct American Football League, playing in the league for 19 years.

He married a woman named Patty.

Jan Stenerud Is A Member Of