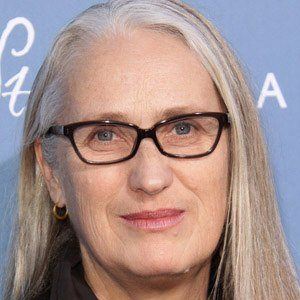 Female screenwriter and director who won the Academy Award for Best Original Screenplay for the 1993 film The Piano, which she also directed and received the Palme d'Or at the Cannes Film Festival for. In 2022, she won an Oscar for Best Directing for the film Power of the Dog.

She attended the Sydney College of the Arts and the Australian Film and Television School.

She directed the film Peel, which was her first short film and in 2013 a miniseries, Top of the Lake, which she created, premiered on The Sundance Channel. She has directed over 10 movies in her illustrious career.

She married Colin Englert in 1992.

Jane Campion Is A Member Of