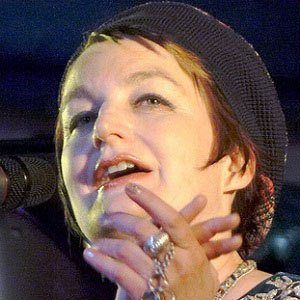 Toronto-born pop, jazz, and folk singer and songwriter. Her commercially successful and critically acclaimed albums include The Speckless Sky and No Borders Here.

She studied microbiology and music at Ontario's University of Guelph.

Her 1988 album, The Walking, though not as commercially or critically successful as The Speckless Sky and other early albums, was among her most conceptually complex works.

She had a romantic relationship with bassist John Switzer.

She taught herself to play guitar by strumming along to Leonard Cohen songs.

Jane Siberry Is A Member Of