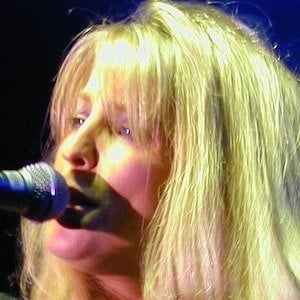 American rock singer who is the frontwoman and lead guitarist of all-female hard rock band Vixen.

She always had an ear for music and started playing the guitar when she was twelve years old.

At one point, VH1 reached out to Vixen when they were disbanded to come back together and appear on their program Bands Reunited.

She was born in Juneau, Alaska.

She and Jan Kuehnemund were both members of Vixen.

Janet Gardner Is A Member Of