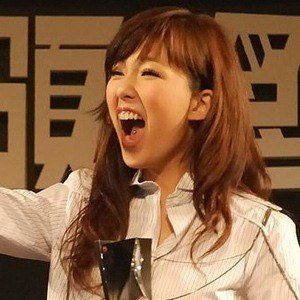 Chinese pop singer/songwriter who is recognized for having received Metro Radio's I-Tech Metro Newbies Award in 2005. Her 2010 single "What Men Believe" won the Best Song of the Year award at the Jade Solid Gold Music Awards.

She signed her first recording contract with Amusic in 2003.

Her 2013 single "You Go I Go" hit the number one spot on the RTHK Chinese Pop music chart.

She is originally from Hong Kong.

Fellow pop singer Justin Lo was credited as one of the main producers of her 2005 debut album Day & Night.

Janice Vidal Is A Member Of