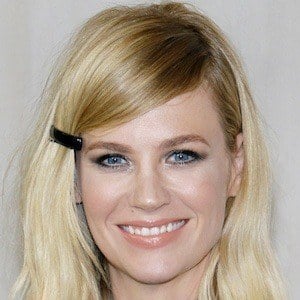 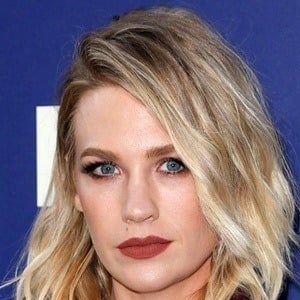 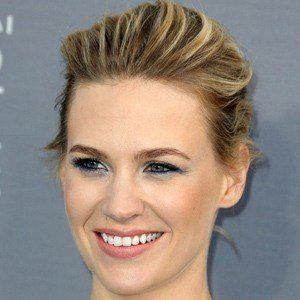 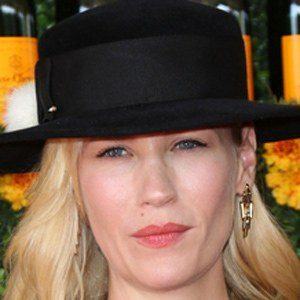 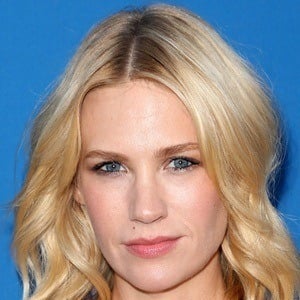 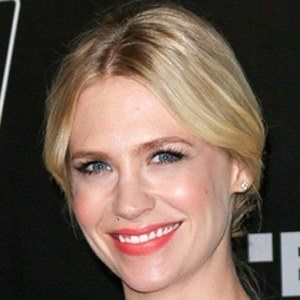 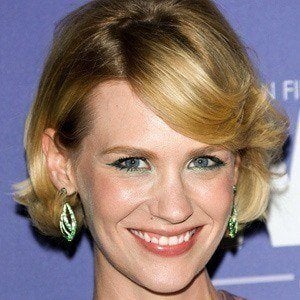 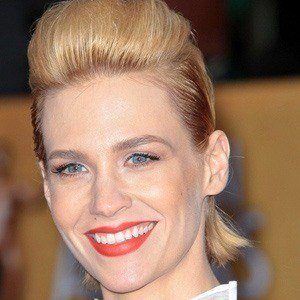 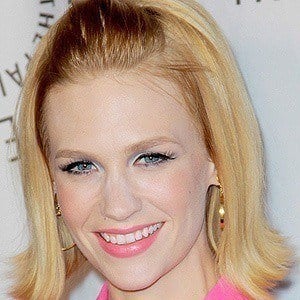 Film and TV actress who played Betty Draper on Mad Men. She also played Cadence in American Wedding, Emma Frost in X-Men: First Class and, in 2014, she began playing Melissa Shart on The Last Man on Earth.

She worked as a counter girl at Dairy Queen after school.

She's been nominated for two Golden Globes and a Primetime Emmy for her role in Mad Men.

Her name comes from the character January Wayne in Jacqueline Susann's novel Once Is Not Enough.