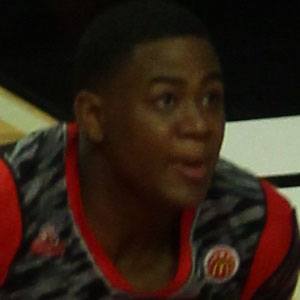 Power forward who was selected 25th overall in the 2015 NBA Draft by the Memphis Grizzlies. He played two years of college basketball at LSU, where he was a First-team All-SEC selection in 2015.

He was a five-star recruit coming out of Madison Prep High School. He also received the 2013 Louisiana Mr. Basketball award and was a McDonald's and Parade All-American.

He was selected to the SEC All-Freshman Team in 2014 after averaging 11.4 points per game in SEC play.

He was taken one pick after former Duke point guard Tyus Jones in the 2015 NBA Draft.

Jarell Martin Is A Member Of