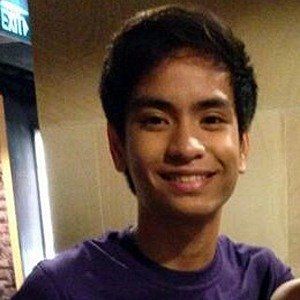 Filipino film and television star who has become widely known for his roles in popular shows like Super Inggo, Kung Fu Kids and Luv U. He has also had roles in prominent films like Wapakman and Super Inday and the Golden Bibe.

At only four years old he began working as a commercial model and by 2006 had made his acting debut in Super Inggo.

Outside of his acting work, in 2006 he was a co-host on Little Big Superstar and in 2011 he became a contestant on the reality show I Dare You.

He was born in Caloocan city to his father and mother, Carrie. He has two older siblings, a brother and a sister.

In the 2016 romantic drama Langit Lupa, he stars alongside Jason Abalos.

Jarius Reuel Aquino Is A Member Of