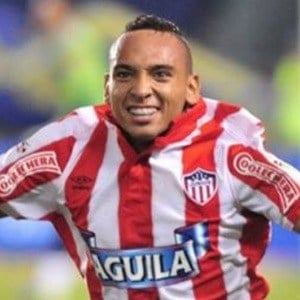 He began his youth career with Atletico Junior until he was moved up to their senior team in 2014. The following year he played on Colombia's Under 20 national team and went on to their senior squad in 2016 to compete in the Olympic games.

He is known for having won the Copa Colombia in both 2015 and 2017 with the Atletico Junior club.

He is related to fellow professional footballer Carlos Valderrama.

He was initially called up to the Colombian national team in February of 2016 by head coach Jose Pekerman.

Jarlan Barrera Is A Member Of