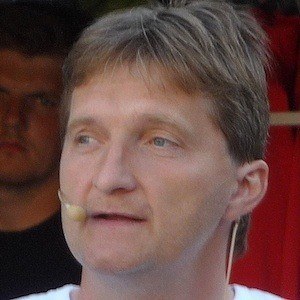 Czech sports journalist known for his work covering soccer, with a focus on the Bundesliga, and golf. He's worked for Czech Television and various golf magazines.

He attended Charles University in Prague before working with radio Bonton, which kicked off his career.

He competed on Star Dance in 2008, where he came in third. He's written several books on sports.

He and Leos Mares are both known for their broadcasting work.

Jaromir Bosák Is A Member Of