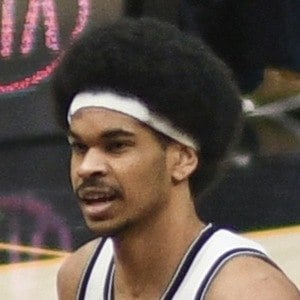 Professional basketball center who began his NBA career with the Brooklyn Nets in 2017. Prior to turning pro, he won a gold medal with the U.S. national team at the 2016 FIBA Americas U18 Championship.

He participated in the 2016 McDonald's All-American Boys Game in high school.

He averaged 13.4 points and 8.4 rebounds per game as a freshman at the University of Texas.

His father Leonard was drafted by the Dallas Mavericks in 1985. He has a brother, also named Leonard, who played college hoops.

He became coached by Kenny Atkinson after joining the Nets.

Jarrett Allen Is A Member Of