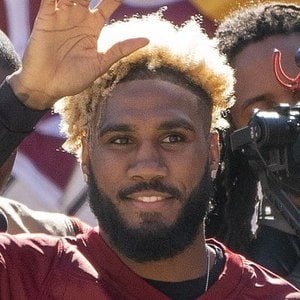 American professional boxer who became the unified world light middleweight champion. He picked up the IBF title in 2017 after knocking out Tony Harrison and earned the WBA (Super) crown in 2018 when he defeated Erislandy Lara.

He compiled a 32-8 amateur boxing record.

In 2018, he was ranked as the #1 light middleweight by Transnational Boxing Rankings Board and The Ring.

He grew up in Accokeek, Maryland.

He defeated Austin Trout to maintain his perfect pro record in October 2017.

Jarrett Hurd Is A Member Of