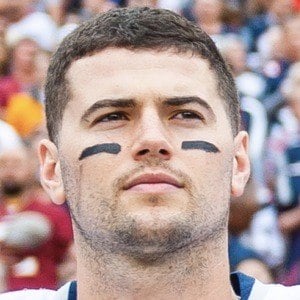 Quarterback who became a member of the Auburn Tigers in 2017. During his first year with Auburn, he helped the team win the SEC West Division Championship.

During his senior year at Stephenville High School he threw for 2,934 yards with 35 touchdowns.

He began his collegiate football career with Baylor University in 2015.

He is the son of Rochelle Stidham and Juder Stidham.

Jarrett Stidham Is A Member Of