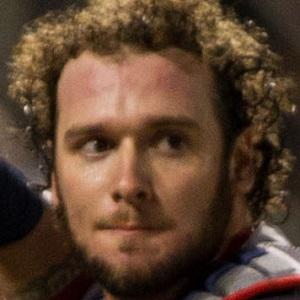 MLB catcher who began his career with the Atlanta Braves and Texas Rangers before being traded to the Red Sox in 2010; helped Boston win the 2013 World Series Championship.

He was selected by the Atlanta Braves in the first round of the 2003 MLB Draft and played four minor league seasons before joining the Braves.

He gained the unique distinction of having the longest last name in MLB history with 14 letters.

He married his former high school gym teacher Ashley Saltalamacchia. He has two daughters, Sidney and Sloane, and a son, Hunter.

He became teammates with Red Sox slugger David Ortiz in 2010.

Jarrod Saltalamacchia Is A Member Of