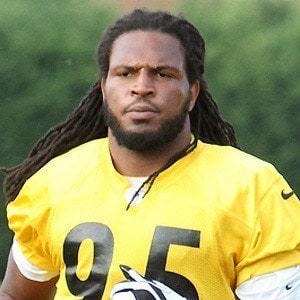 Hard-hitting linebacker who was a two-time All-American with the University of Georgia, first round pick of the Pittsburgh Steelers in 2013.

He earned all-state honors in football and basketball at Carve High School.

He was named South Eastern Conference Defensive Player of the Year after his dominant 2012 season.

He had an older brother named Darcell Kitchens that was tragically killed.

He was University of Georgia teammates with NFL star receiver AJ Green during the 2010 season.

Jarvis Jones Is A Member Of