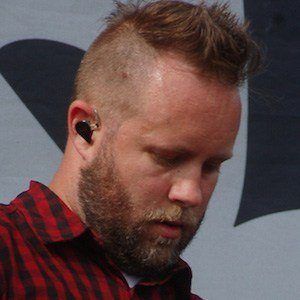 Guitarist first known as a member of the alternative rock band Red until 2009. He later became the lead guitarist for Breaking Benjamin. He is also a prolific songwriter and producer for both bands.

He joined Red in 2004 as its primary composer. The band released its debut album End of Silence two years later.

He worked with fellow Red songwriter Rob Graves to score the film Into the Darkness.

He and his wife Ashley have two daughters named Eden and Lyric.

He worked as a producer for Brian Welch's solo project Love and Death.

Jasen Rauch Is A Member Of