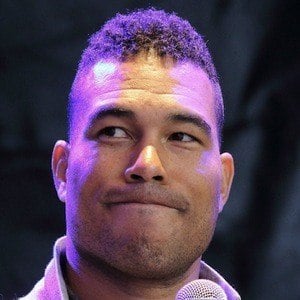 American football player who is best known for being a former member of the Dallas Cowboys and for his various TV and media appearances. He has been featured on NFL Network's "The NFL Show" as well as the Jason & Osi podcast.

He began his NFL playing career in 2001.

He signed with the Dallas Cowboys as an undrafted free agent. He attended UCLA on a football scholarship. He also appeared briefly in the NFL for the Houston Texans.

He has engaged to pop star Nadine Coyle. They have a daughter together.

He hosts a podcast with fellow NFL star Osi Umenyiora.

Jason Bell Is A Member Of