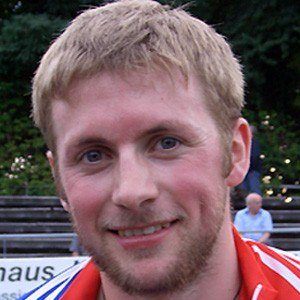 English Olympian in track cycling who won a gold medal at the 2008 Beijing Olympics in the team sprint, breaking a world record. He later would win gold medals in both the team sprint and individual at the 2012 Summer Olympics, and would repeat both victories at the 2016 Summer Games.

He competed in the junior competition the Future Stars.

He was appointed Officer of the Order of the British Empire in 2013.

He was born in 1988 in Bolton, Greater Manchester, England. He married fellow Olympic cyclist Laura Trott in 2016. They welcomed a son named Albert in 2017.

He tied fellow cyclist Chris Hoy for the highest number of Olympic Golds for a British athlete.

Jason Francis Kenny Is A Member Of