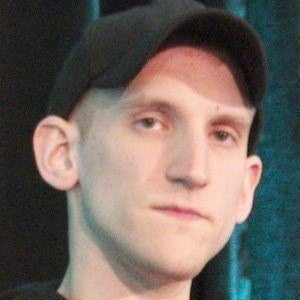 Texas Hold'em master and World Series of Poker bracelet winner. He has also competed in the World Poker Tour and in numerous online poker tournaments.

He developed an interest in poker in his late teens, after watching a television broadcast of the 2004 World Poker Tour.

He was one of the first professional poker players to be open about his homosexual orientation.

He grew up on Long Island, New York. At the age of twenty-six, he settled in Las Vegas, Nevada to further his poker career.

In 2013, he and magician Antonio Esfandiari became inaugural members (along with William Reynolds and Jonathan Little) of the Ultimate Poker team.

Jason Somerville Is A Member Of