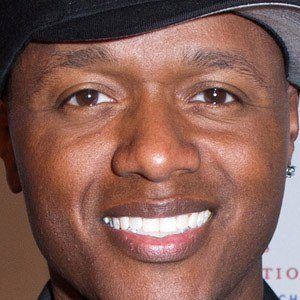 Singer and reality star who won the first season of NBC's The Voice. He performed with The Derek Trucks Band and EmcQ.

He studied music education at the University of Hartford in Connecticut.

In 2011, he was nominated for the Breakout Artist Award at the Teen Choice Awards.

He was born in Stratford, Connecticut. He and his wife have two daughters.

He was coached by Maroon 5 frontman Adam Levine while competing on The Voice.

Javier Colon Is A Member Of