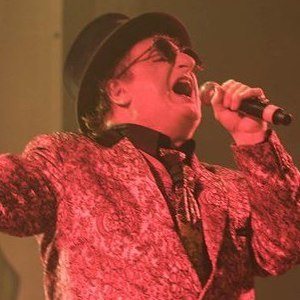 Pop rock and comedy singer as well as actor and presenter best known for being the founder and leader of the Orquesta Món. He made one solo album in 1990 called Música para camaleones.

He took saxophone lessons while he was serving in the military. He studied philosophy and literature.

His parents are Antonia Iriarte and Vicente Gurruchaga.

He recorded a duet with Sara Montiel called "Fúmame, fúmame."

Javier Gurruchaga Is A Member Of