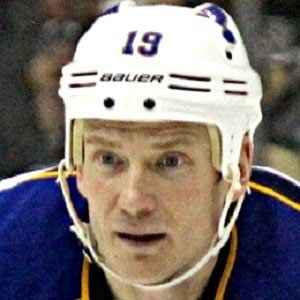 Defender who signed with the St. Louis Blues in 2012 after four seasons with the Calgary Flames. He won the 2019 Stanley Cup Championship as a member of the Blues.

He was named the NHL All-Rookie team after being drafted third overall by the Florida Panthers in 2002.

He has an older sister named Jill.

He joined Vladimir Tarasenko on the St. Louis Blues in 2012.

Jay Bouwmeester Is A Member Of