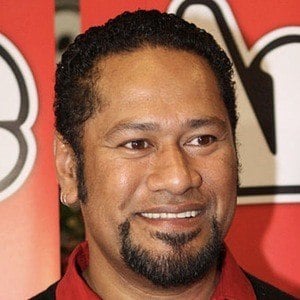 Well recognized internationally for his role as Captain Typho in the Star Wars prequel franchise. He is also known for recurring roles in Water Rats, Street Legal, and Home and Away.

One of his first screen credits was in the 1984 television series Heroes as Ron.

In 2008 and 2009, he provided the voice of the Narrator for the television series Larry the Lawnmower.

A dual citizen of New Zealand and Australia, he is of Samoan descent. He has eight siblings, one of whom is Frank Laga'aia, a member of the band Ilanda.

He portrayed the character Chase opposite Craig Horner in the fantasy series Legend of the Seeker.

Jay Laga'aia Is A Member Of