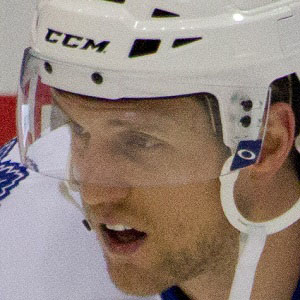 Center who made his NHL debut during the 2005-2006 season with the St. Louis Blues and joined the Toronto Maple Leafs in 2012.

He played for the Brampton Battalion in the Ontario Hockey League.

In 2013, he won the Guy Carbonneau Award as the NHL's top penalty killer.

He was born in Kingston, Ontario, Canada.

Center Doug Weight was his teammate on the Blues.

Jay McClement Is A Member Of