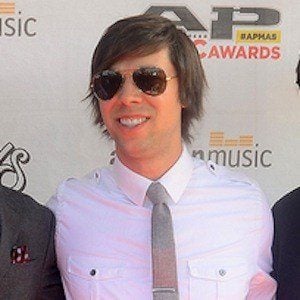 Lead guitarist of the Christian metalcore band August Burns Red who has been with the band through their seven album releases between 2005 and 2015.

He is an original member of the band since they formed in 2003 when all members were still in high school.

He grew a distaste for many of the up and coming metalcore bands and felt his own group needed to differentiate itself. August Burns Red would soon incorporate new instruments like the cello and violin.

He is originally from Manheim, Pennsylvania. He and his wife Katelyn had a son named Beckett in September 2017.

JB Brubaker Is A Member Of