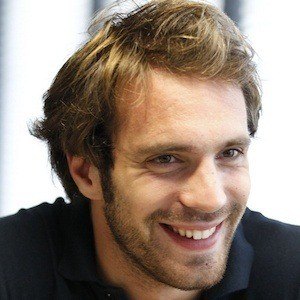 He made his Formula One debut at the 2012 Australian Grand Prix, after a successful career in the smaller series'.

He began karting at age 4, and racing competitively at age 10; at age 11 he won the French Kids championship.

He won his first career series, the 2007 Formula Campus Renault.

He was born and raised in Pontoise, France, where his father ran a karting circuit.

He raced on the Red Bull Junior team, and also in Formula Three with Jaime Alguersuari.

Jean-eric Vergne Is A Member Of