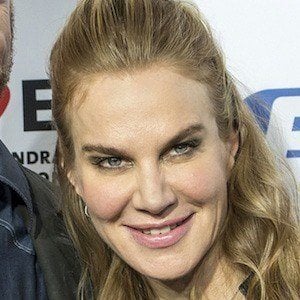 Actress and screenwriter most well known as the co-creator of The Jim Gaffigan Show, the sitcom based loosely on her marriage to the renowned comedian of the same name. She is also recognized for portraying Meredith in the series My Boys.

One of her earliest credits was acting as the character Anne Coats in the 1997 series Ghost Stories.

In 2007, she began working as a script supervisor on the animation short series Pale Force.

She grew up the oldest of nine children. Her father was a successful theatre and film critic. She and her husband Jim Gaffigan have five children.

While appearing on My Boys, she acted alongside Jordana Spiro and Kyle Howard.

Jeannie Gaffigan Is A Member Of