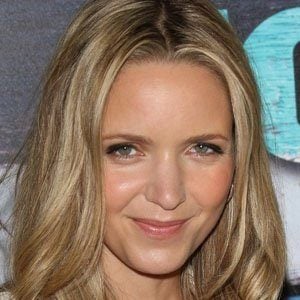 Most well known for her starring role as sports journalist P.J. Franklin in the TBS sitcom My Boys, Spiro is also recognized for her portrayal of Brandi Thorson in the USA Network series The Huntress, as well as for her film roles in the comedy features The Goods: Live Hard, Sell Hard (as Ivy Selleck) and Must Love Dogs (as Sherry).

After training at both New York's Circle in the Square Theatre School and London's Royal Academy of Dramatic Arts, she entered Columbia University's Master of Fine Arts program in film.

She played recurring roles on The Good Wife (as Detective Jenna Villette), The Mob Doctor (as Dr. Grace Devlin), and Harry's Law (as Rachael Miller).

She and her four siblings were raised in a Jewish family in Manhattan, New York. She has a child with her husband, Matthew Spitzer.

She appeared alongside Nicolas Cage and Nicole Kidman in the 2011 thriller Trespass.