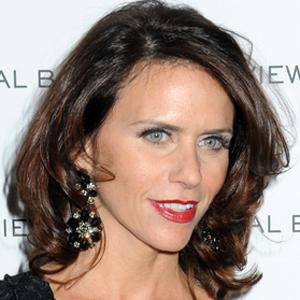 Actress known for appearing on TV shows like The Paul Reiser Show and Curb Your Enthusiasm as well as Off-Broadway productions. In 2014, she began playing Sarah Pfefferman on the Amazon comedy-drama series Transparent.

Her early career consisted of stage work, and she did not move to Los Angeles to pursue screen acting until age 38.

Her performance in the Oscar-nominated film A Serious Man was described as "perfect" by the late film critic Roger Ebert.

Her father is Chicago radio personality John Records Landecker. She began dating Transparent co-star Bradley Whitford in 2015; they became engaged in March of 2018.

She played the wife of Paul Reiser's character on NBC's The Paul Reiser Show.

Amy Landecker Is A Member Of