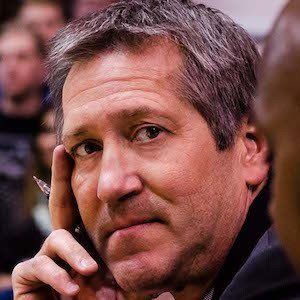 He helped Iowa State University upset a 2-seeded University of Michigan team on the way to the Sweet 16 of the 1986 NCAA tournament. He was then selected 46th overall in the 1986 NBA Draft by the Phoenix Suns.

His father was a basketball and baseball coach at St. Joseph High School in Westchester, Illinois. He married Stacy Hornacek and he has a daughter, Abby, and two sons, Tyler and Ryan.

He played alongside legendary point guard John Stockton on the Utah Jazz, helping lead the team to multiple NBA Finals appearances but they could never defeat Michael Jordan and the Chicago Bulls.

Jeff Hornacek Is A Member Of