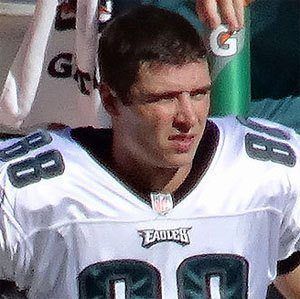 NFL receiver who played two seasons with the Texans after going undrafted in 2011. He continued to play sparingly after signing with the Philadelphia Eagles in 2013.

He was a district all-star receiver during his career at Paradise High School.

He has a tattoo dedicated to his wife Britnee.

Jeff Maehl Is A Member Of