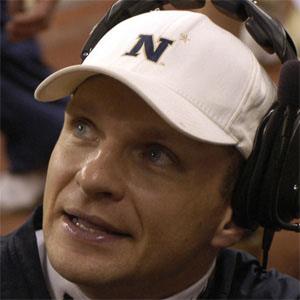 He was a wide receiver at Millikin University.

He coached running backs and special teams at Navy.

His cousin Todd Monken is also a football coach and became the head coach of Southern Miss in 2013.

Jeff Monken Is A Member Of