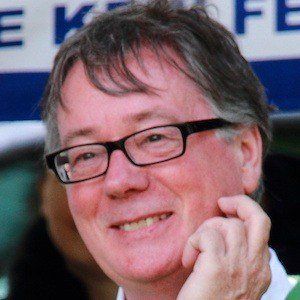 Film and television actor best recognized for bringing to life George Dent in the long-running comedy Drop the Dead Donkey and Silas Blissett in the British soap opera Hollyoaks. He also played Amos Diggory in the film adaptation of J.K. Rowling's legendary novel Harry Potter and the Goblet of Fire.

Interested in drama even in primary school, he worked at the Sheffield Playhouse before completing his university studies at the London Academy of Music and Dramatic Art. He then earned his breakout role in 1973 playing the title character in Billy Liar.

He has dabbled in writing, penning the 1995 film The Young Poisoner's Handbook and several episodes of The Charles Dickens Show.

He grew up in Birmingham, England before moving with his family to Sheffield at the age of fifteen. He married Nina Marc in 1998 and the pair had two children.

He has often been heard narrating series like A Bear Called Paddington, Sarah Ferguson's Budgie the Little Helicopter, and Stephen Hawking's Universe.

Jeff Rawle Is A Member Of