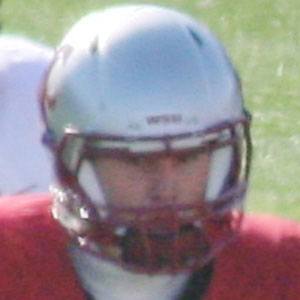 Started for Washington State University went undrafted after his senior season. He earned a backup spot on the Buffalo Bills in 2013.

He broke a school record with a 61.4 completion percentage as a true freshman at Washington State University.

He made his first career NFL start against the Kansas City Chiefs on November 3, 2013, he played in two games his rookie season.

He and his sister Amanda were born to Jeff and Valerie Tuel in Boca Raton, Florida.

He was able to start for the Bills during his rookie season after an injury to fellow quarterback EJ Manuel.

Jeff Tuel Is A Member Of