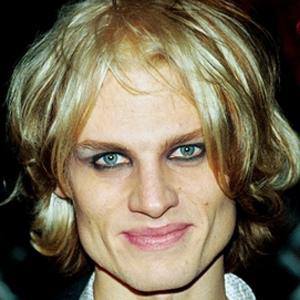 Broadway and television star who began playing the transgender character of Zarf on the soap opera "All My Children" in 2006. His Broadway credits include The Goat or Who is Sylvia? and Tartuffe.

He graduated from the University of California, Davis with a degree in theatre and later studied at New York City's famed Juilliard School.

His performance in the Broadway musical Taboo earned him a 2004 Drama Desk Award nomination.

He was born in Long Beach, California. He lived in Washington, D.C. for a time, appearing in several productions at the Shakespeare Theatre Company.

He performed in Taboo, a Broadway musical featuring lyrics by Boy George.

Jeffrey Carlson Is A Member Of