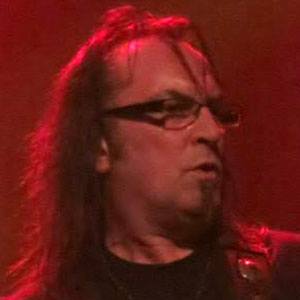 Guitarist best known as a member of the seminal English metal band Venom. Venom's 1982 sophomore album, "Black Metal", was so influential that it inspired a new genre bearing its name.

He was originally a member of the band Guillotine before joining with other members of local metal bands to form Venom in 1978.

He branched out into the world of hardcore techno when he toured with the band Scooter in 2006.

His father was also a drummer.

He and bassist Conrad Lant helped form the foundation for metal music as members of Venom.

Jeffrey Dunn Is A Member Of