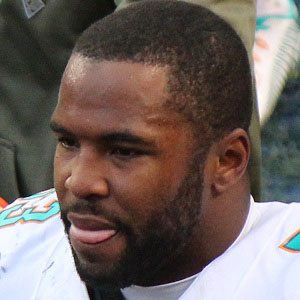 NFL linebacker who was a fourth round draft pick by the Miami Dolphins in 2013.

He played in the 2009 Under Armour All-Star game while also being named the Defensive Player of the Year at Our Lady of Good Counsel High School.

He was a Freshman All-American after his 2010 season at the University of Florida.

His mother Stephanie Hall was a college basketball player at Howard University.

He was coached by Urban Meyer his first season at the University of Florida.

Jelani Jenkins Is A Member Of