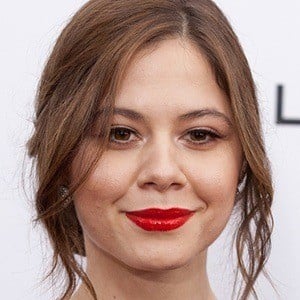 Actress who is famous for her roles in both TV and film, including in the 2011 Golden Globe-nominated film In the Land of Blood and Honey. She has starred as Jelena in the comedy series Prespav and as Milena in the 2017 series Na terapija.

She earned her first on-screen credit in 2010 for her work on the film As If I Am Not There.

She was originally born and raised in Banja Luka, Bosnia and Herzegovina.

She and Zana Marjanovic appeared alongside one another in the 2011 film In the Land of Blood and Honey.

Jelena Jovanova Is A Member Of