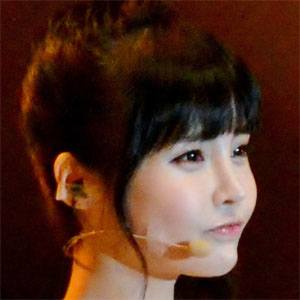 Famous for her work with the all-female pop music group T-ara, this South Korean vocalist performed two songs, "Maybe Maybe" and "Shabondama no Yukue," on the group's 2013 Bunny Style! album. Before beginning her association with T-ara, she released a 2008 solo single titled "From Memory."

She and fellow T-ara member Lee Qri both attended the theater program at Myungji University.

She appeared in episodes of such South Korean television series as Purple Heeled Grim Reaper is Coming and Soul.

She and her sister, fellow girl group singer Wooram, are the children of the famous actress Lee Mi Young and the popular 1970s and 1980s vocalist Jeon Youngrok.

In 2010, she replaced Ham Eun-jung as one of T-ara's two lead singers.

Jeon Boram Is A Member Of